Dance, Dance (Or, “Of Burning Man and Breakthroughs)

Last night, I did something remarkable:

While still firmly in the grip of COVID restrictions, California is slowly opening up, bringing with it the availability of things you find in few other places.

One of these is dancing on a beach with a group of strangers to music no one outside the group can hear.

I attended a silent disco: a dance experience in which every participant wears headphones, through which music is streamed from a nearby turntable on which a DJ masterfully spins and mixes.

No headphones, no noise.

Anyone in the area who are merely watching has the equally interesting experience of watching people dance, silently.

“And those who were seen dancing were thought to be insane by those who could not hear the music.”

Typically, this quote is attributed to Nietzsche, though there’s no real evidence of that; more likely, it’s a well-turned phrase someone tried to bolstered by attaching his name.

Still, despite Nietzsche almost definitely not saying it, it’s no less lovely.

Nor any less profound for not having been uttered by a storied German philosopher.

And, in my case, no less relevant.

Because for the first 37 years of my life, I did not hear the music.

And most certainly, I didn’t dance.

Which is why heading to a silent disco tonight is so remarkable.

Most of all, I hated being asked to dance—because it put me in the position of declining to participate in something seeming so natural to everyone else, yet so absolutely horrifying to me.⠀

Of course, I had my rote response; self-deprecation or snark delivered so firmly no one asked again.⠀

“I don’t care for it. All that wiggling about. Very undignified.”⠀

The truth, of course, is I couldn’t dance. Or thought I couldn’t.

It took a trip to Burning Man—where, exactly one year ago today, I was able to create a paradigm shift around dance. 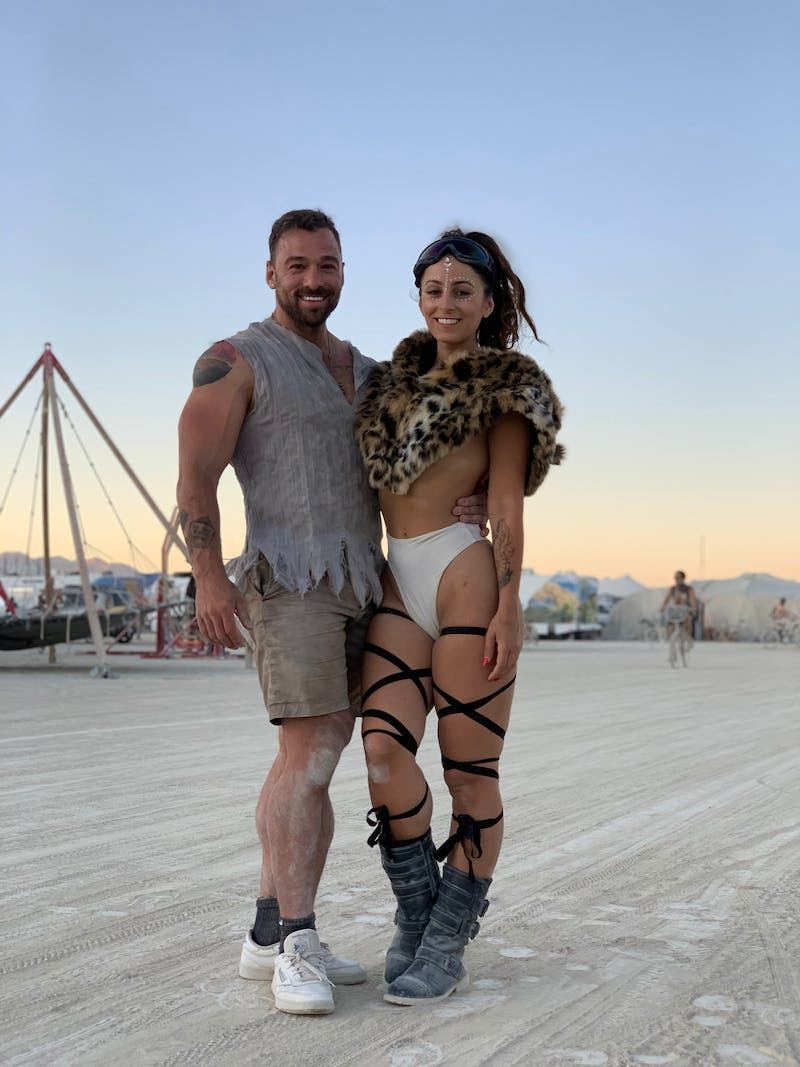 There, surrounded by loving and supportive humans and properly fortified by 2.5 doses of LSD, I was surprised to look down and find my body was, of its own accord, moving to the beat. Dancing.

Just moving to the music, as though I’d been set to Auto-Dance.

With my hips and limbs seemingly taking care of themselves, I journeyed inward—and had a self-reflective unmasking leading to a complete breakthrough.⠀

My reluctance to dance was emblematic of a lifetime of being afraid.

This fear was several layers deep, each layer hidden by a veneer of rationalization that, once peeled away, could never have been replaced.

Dancing activated all of that shit, all that fear.

I had no idea how deep it was or how far the tendrils had spread.

This fear of never being good enough, or of being inherently BAD.

No wonder I hated being around dancing. That was what kept getting activated every single time I was asked to dance.

Recognizing it allowed me to pull it apart. And finally release it.

While I was at Burning Man, my ego having momentarily vacated my mind, and my body moving of it’s own accord, I was able to dig through all of those layers, one at a time…

…and in doing so, set the fears aside, each in their turn.

The crazy thing was that the breakthrough happened in stages.

And, true to form, always on brand, it happened in the most ME way possible.

Which is to say, I was narrating it out loud for Amanda and my friends as it was happening, in real-time.

“This is a really pivotal moment here. I am in the midst of a break through.

Guys, we’re are experiencing a paradigm shift in real-time. Look—look at my hips! They just DO this now.

This is important. Here’s what I’m learning in this moment.”

I listed a few things, and allowed myself to explore where the blocks had come from, and keep going.

And committed to bringing it back home with me, asking them for accountability. And also acknowledging that I’d need practice—reps—to continue eroding the resistance.

So practice I did. First an ecstatic dance class. Then a few nights out in NYC. A few raves.

Since then, I’ve danced whenever I could.

As it turns out, once unencumbered by the suffocating horror of judgment, I’ve got some moves.

So tonight, I’m off to dance. To put on some headphones and dig my toes in the sand, to move and shake and feel free.

And be thought mad, to be sure, by some at least—and Nietzsche be damned.

I want that same freedom for you.

Whatever it is holding you back, I hope you find a way to break through.

Because, lemme tell you—this? This is much better.